Epigenetics : Changing Your Own Genetic Destiny

In recent years there has been a revolutionary paradigm shift in the understanding of the function and role of genetics on human development. The emerging new science of epigenetics has revealed the profound influence, previously understated , that the environment has on who we are. And more importantly, who we can be.

The notion that our DNA code is the sole determining factor of our physical destiny has been superseded by the construct that many of our genes have switches. These gene “switches” come in the form of “on and off switches” as well as “dimmer switches”. These switches are activated by the interaction between the genes and the environment.

A more technical definition of epigenetics is the differing expressions of the genes caused by environmental influences without actually changing the DNA code. Imagine that the genes are like the members of an orchestra and that the epigenetics influence is the “conductor”. The genes are capable of playing many “symphonies” depending on the directions of the conductor.

The term “environment” has a much broader meaning in this context. Environmental influence on the genes can be in the form of food, drugs, herbs, chemicals, radiation, emotions, and lifestyle. In one sense, our genetic heritage is part of our environment. Science has shown that epigenetic influences can be transgenerational. In other words, changes to gene activity due to our epigenetic influences in our parent’s environment can be passed on to the children.

Nutrigenomics more specifically describes study of the interaction between our genes and nutritional substances and lifestyle.

Pharmagenomics refers to the study of the epigenetic changes to genes as a side effect of pharmaceutical drugs. The understanding that drugs could have epigenenetic side effects is frightening. Drugs trials in the past have studied side effect whilst patients are taking the drugs. Long term studies of epigenetic side effects of drugs (if undertaken!), including transgenerational studies, could force people to reassess the risks and benefits of medication. Imagine the implications if one’s children suffer from drug induced epigenetic illnesses due to the parents’ drug therapy protocol?

Striving For Your Genetic Potential

Technology is now available to test a number of important genes which have a profound influence on one’s health. Unlike some genetic testing which focuses on gene-disease causation (for example testing for a gene which relates to a specific disease such as breast cancer), the genes we test relate to physiological processes such as immunity, inflammation, fat metabolism, cardiovascular processes, bone health, and the ability to detox and prevent oxidative stress. These physiological processes can lead to disease, but more importantly respond to epigenentic influences which can prevent disease and enhance well-being.

The good news is that epigenetic alterations of gene behavior are generally reversible. 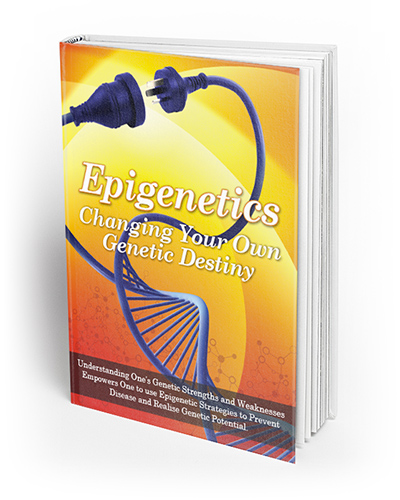